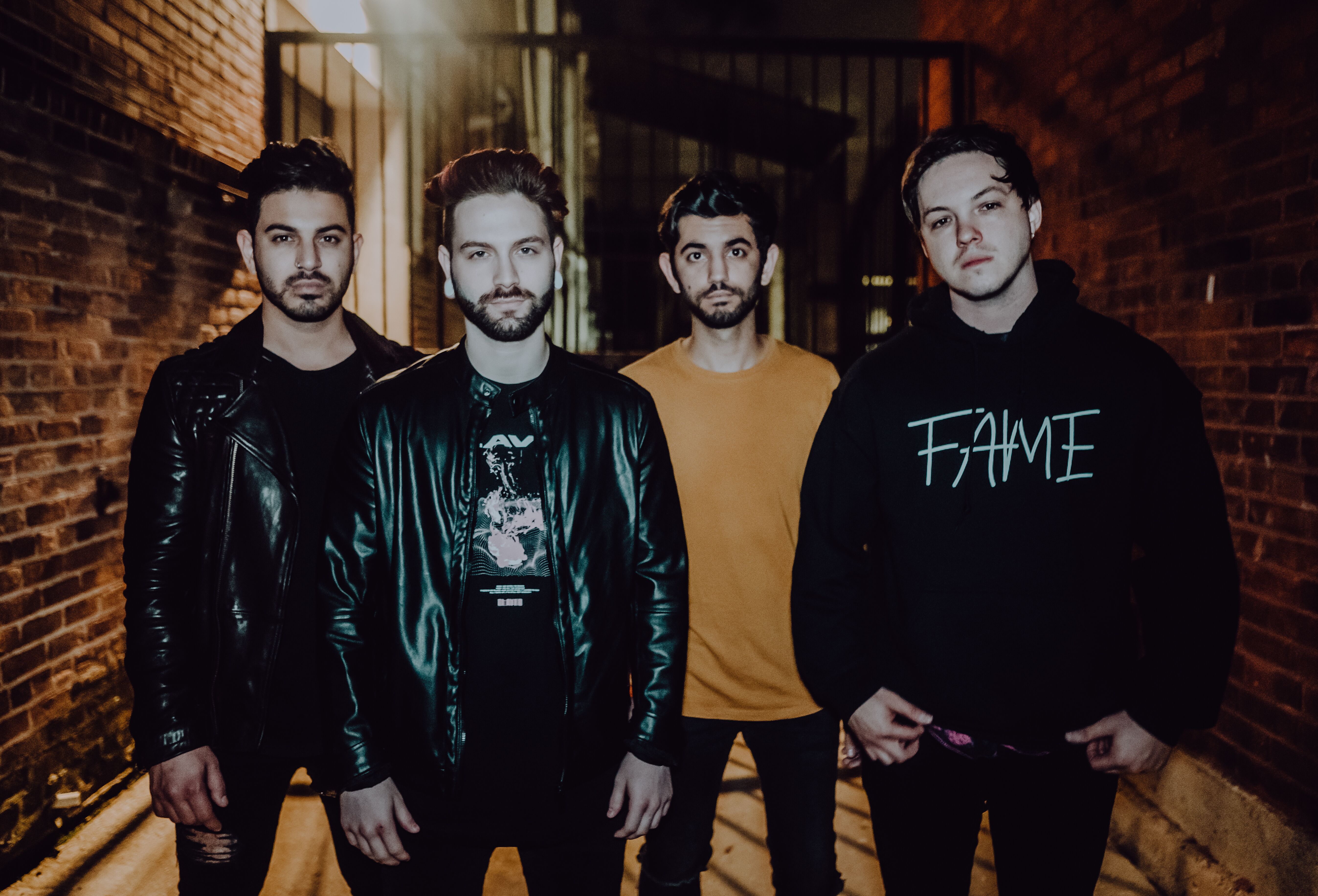 Formed in 2013, Fame on Fire started out as a solo drum cover project. Since then, the band has stuck to their roots covering top songs, but has since gained a few more members, as well as instruments. â€¨ The American pop rock band consists of vocalist Bryan Kuznitz, guitarist Blake Saul, bassist Paul Spirou, and drummer Alex Roman. â€¨ Traction was first sparked after the release of their cover “Hello” by Adele. Its corresponding video hit one million views in less than a month, and has been their most viewed video since with a current 17 million views. The exposure that “Hello” brought the band was an eye-opening experience that solidified the idea that this band was more than just something to pass the time. â€¨ Riding the wave of the “Hello” hype, Fame on Fire issued a self-produced five-song EP, Transitions, in May of 2017- the first release of their original music. The EP was so widely anticipated and accepted that it was featured in AP Magazine. â€¨ Just as ‘Transitions’ was making headlines, another cover was dropped and caught fire. This time, taking on the rap genre, Fame on Fire’s cover of XO Tour Llif3 went viral and deputed #48 on Spotify’s Viral 50. Fame now has 2 US tours under their belt and has played over 200 shows. â€¨In My Feelings, Gucci Gang, Lucid Dreams, I Love It, are just a few of the cover songs that Fame On Fire released in the past few months. You can check out Fames latest original single “Count It Up” everywhere digital music is distributed. “Count It Up” in just 19 days has 237,000+ plays on Spotify as well as hitting 4 Editorial Playlists including New Music Friday, New Noise, Rock Hard, and Volume MÃ ximo. Apple Music has also featured the band on it’s Breaking Rock Playlist! Much more to come.