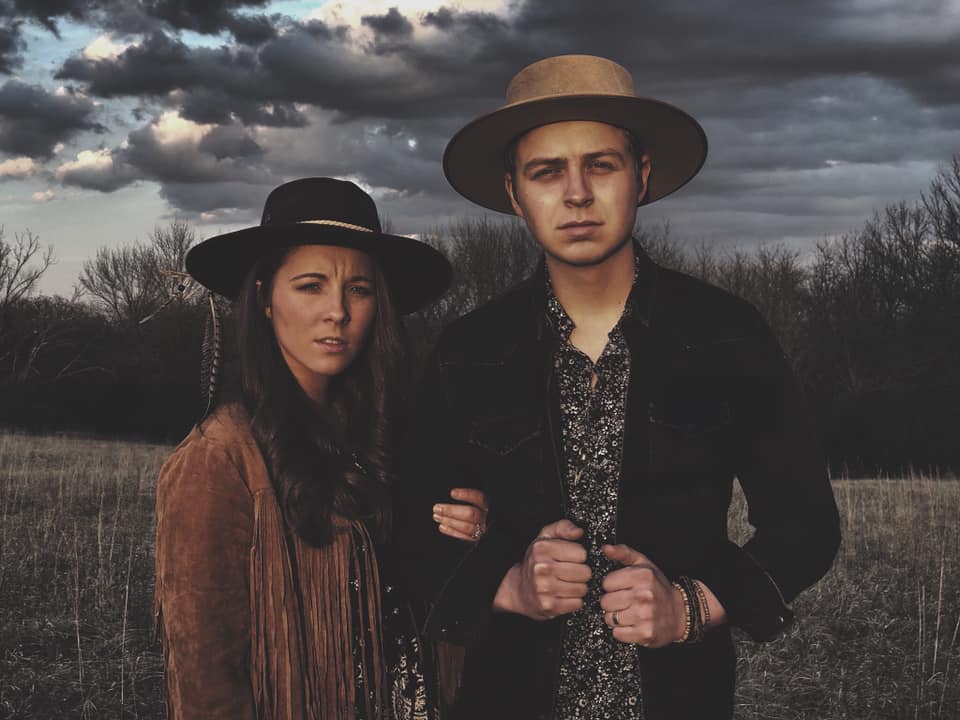 Redemption River is an Americana Rock band, with roots from the backwoods of Missouri, comprised of husband and wife duo Taran and Katelynn Smith. Their old-fashioned outlook on life bleeds into their music with swaying harmonies and powerful melodies. Taran and Katelynn met in middle school in a small town in rural Missouri. Their love for music grew as their friendship deepened. They started out playing small events in their community, as well as being a part of their small schools 12 man marching band. They became best friends as they bonded through music and fell in love. They got married in 2015 and Taran joined the U.S. Navy in 2016. Taran and Katelynn were stationed in California for four years during Taran’s enlistment. Their time in California opened their eyes to their calling for music being more than just a hobby. They met a man in San Diego who believed that what Taran and Katelynn had was something special. It was that man who mentored them and helped produce Redemption River’s very first three-song album. Their three song album called Ride of Our Lives was recorded at Studio West in San Diego, CA. Amidst military training taking Taran away for months at a time, deployment, and long working hours, Taran and Katelynn fought hard to keep the music flowing and their marriage alive. Music was one of the things that they used to stay close, sending each other lyrics they had written through email, and only imagining how each song was sung due to bad internet connection preventing them from sending any audio. After his return from a seven month long deployment in October 2019, and a sweet reunion, Taran and Katelynn shared with each other the songs they had written separately during their time apart. It is with these songs they plan on putting on their first record, with the intent of releasing it in 2021. Their story of the past nearly two years leading up to deployment is woven through these songs, sharing their struggles, victories and strength. Despite the last several years having more time apart than together, Taran and Katelynn have persevered and grown tremendously. They look forward to giving their passion for music their all and going as far as they can!